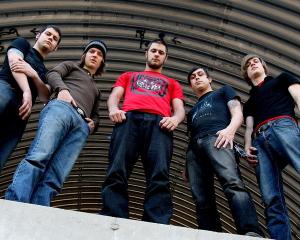 I don’t know why but this band shouldn’t be that good. On paper they seem like another watered down product of metalcore. But listening to their latest album Controller I’ve been forced to eat my own words, hell it was no.5 on my albums of 2008!

To my surprise I found an album with so much more, complete with catchy riffs, pounding breakdowns and what I found most surprising, acoustic interludes. Songs like “Labyrinthian” were punishing in their delivery meanwhile “Reset” has its beautiful acoustic outro. But by last track “Homecoming” you’re floored.

I’m aware this week is more about an album than a band but I have listened to some of the earlier stuff. They’ve had a changed in vocalist, so some material is better than others in parts. Anyway, Misery Signals; check them out.