We welcome 2015 with a moment of reflection. You might remember mention of Woman is the Earth in December as they featured on this site’s top 50 records of the year with Depths. The South Dakota black metal band’s third LP demonstrated an impressive growth and maturation for the band’s pine scented black metal, which was in many regards leap and bounds ahead of many of the releases from their USBM peers in 2014. Here the band’s three members discuss the band’s roots right up to the future and what the next year holds. 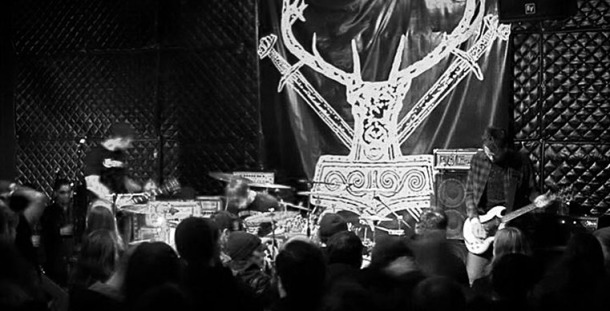 First off, can you give us a brief summary of how Woman is the Earth came to be?
Andy Martin, guitars: We were all involved with music locally beforehand. Jarrod was in a couple punk and crust bands, Jon and I had a project going too. We became good friends with Jarrod and after a couple years the three of us started playing music together. Our original project that we started in 2007 was more grind influenced but quickly evolved into what we’re doing now.

What can you tell us about your name, Woman is the Earth, and the meaning behind it?
Jarrod Hattervig, guitars, vocals: The name was inspired by the earth being a powerful creator and provider and man being the one who takes from it and returns to it. We wanted a name that wouldn’t box us into one specific sound. We don’t read into our name too much, but focus more on writing.

Does this fall into a wider concept that the band explores?
Andy: We’ve tried to stay pretty flexible in terms of what concepts we cover. We aren’t wanting to be pigeon-holed into one certain idea or sound. Our connection with the natural world is important to us, and I’d say our songs and lyrics reflect that.

But there are many other ideas that we’ve explored as a band. I feel like Depths covers much more interpersonal ideas, but still describes relationships to the outside world too. Our music is very personal and spiritual for us – it’s about individuality. We aren’t part of any broader social or political movement; power lies within the individual, and that’s what this project is about.

What can you tell us about the lyrical content of Woman is the Earth?
Andy: Jarrod writes all of the lyrics. We talk about song names and what they’ll be about, but ultimately he comes up with the words. It’s definitely one of his strengths (beyond just music), he’s an incredible writer. And Jon and I, well, we’re not.

Jarrod: The lyrics are pretty vague, and I think that’s part of the power of the music we write. Because the individual can take whatever they want from it, it makes sense to me but might not mean anything to someone else.

Jon Martin, drums: Typically, the vocals have been used as another instrument, rather than the focal point.

How does Depths differ from previous record This Place That Contains My Spirit in regards to lyrics and concepts?
Andy: Speaking on behalf of myself, I see Depths as a darker album. This Place That Contains My Spirit has moments that are dark, but also has a lot of sounds that go in other directions. Both albums were written the same way: ‘jamming’ parts during our practices until they sounded right to us. Both were recorded by ourselves, however, the way we recorded was different. For TPTCMS, we used older technology.

During both recording sessions we recorded the songs and spent just as much time afterward layering additional tracks on top. That’s how we created the vocal intro to ‘Child of Sky’ and all of our synth parts.

Jarrod: I think Depths has probably the most ‘droning’ and ‘trancing’ sounds we’ve ever done, which I think is a strong point of that album. Our newer songs have more dynamics. 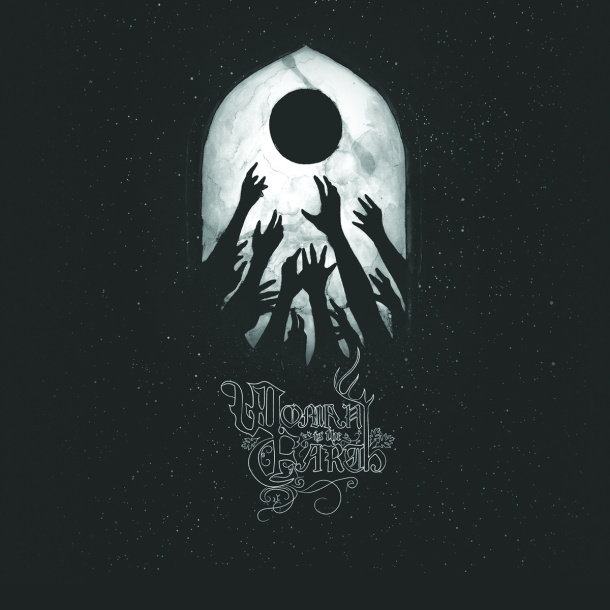 Musically, you don’t have a very conventional take on black metal and to these ears anyway, seem to have more in common with many North American black bands such as Skagos or Alda. What’s your own take or approach to your black metal sound and what you aim to achieve with it?
Andy: We like experimenting with sounds a lot. We don’t often think of our sound in relation to any specific genre when we’re writing. We have a ton of influences outside of metal even; our challenge is blending our varying ideas together to create one sound. We’re very conscious of the parts we put in our songs, and try to steer clear of having genres blatantly coming in and out at different sections; “subtlety” is a word we’ve thrown around a lot when writing. Our focus is on trying to make cohesive songs and albums.

Jarrod: I’m not concerned with adhering to a traditional black metal sound, but it’s always going to part of our music.

Jon: We have a core sound in mind when writing, but always have ways to introduce new sounds too. When we first started our sound was more similar to bands we like, but have started to define our own sound more and more.

Jarrod: And I think that’s pretty typical of how bands develop.

You’re based in South Dakota, how does your home state and surroundings influence Woman is the Earth, if at all?
Andy: The obvious answer would rely on the natural surroundings – the Black Hills – they are hugely influential. I think it’s safe to say that all three of us feel spiritually connected to them in some way. But also, being so far away from huge cities and other music scenes, there’s almost a disconnect when traveling through this part of the country. I’m not sure how much small towns care about passing trends or what’s cool or new. And that works in our favour as well as against us. 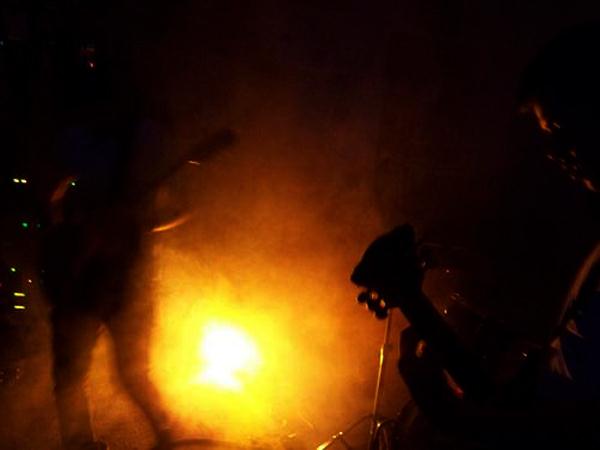 The state doesn’t immediately spring to mind when one mentions USBM, is there more we should know about black metal in your home town and state?
Andy: In Rapid City, on the western part of the state, I try to go to show as often as I can but there’s not much of a scene, for any genre, anymore. I do know a lot of eclectic individuals who have projects going on and music they work on at home though.

Jarrod: We know people with similar interests that play with similar styles, but there’s really no black metal scene here.

You recently played the Winterblot Festival in Minneapolis with bands like Wodensthrone and Falls of Rauros. Do you have any live show plans in the near future and what can we expect going into 2015?
Andy: [O]ur year will be spent writing music. We finished recording Depths in May of 2013, and have spent the time since writing toward a new album. We’re hoping to have that coming together in the spring of 2015, but it’s way too early to know. We’ll have a handful of shows, but not any big tours or anything.