This Friday, Refraction will be playing in The Pint alongside ESTEL, Zhora and Wild Rocket. It’s an EP release show of sorts for Helixian, which may be online later this week. Regardless, the show will be worth popping along to as it’s only the band’s third show since coming out of hiatus in January. Inevitably some new material will played, a sneak preview of which was aired during their set in January and hinted to promising things to follow-up their stunning 2011 self-titled.

Check out the Facebook event page for some more details. It’s a paltry €7 in. 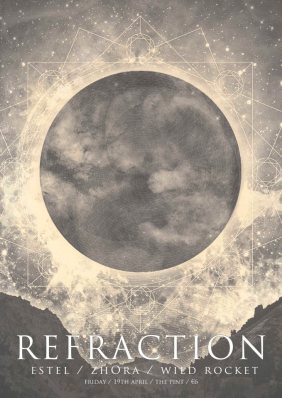