The name Yoshiko Ohara doesn’t necessarily send out shockwaves, unless you’ve been absorbed in her work for a while, but her time with New York sludge doom band Bloody Panda is sure to ring some bells for people, and rightfully so. You should be paying attention to this as in a few months it’s fair to say that many people will still be talking about Ohara’s debut solo album, Ringing In Our Wrists. 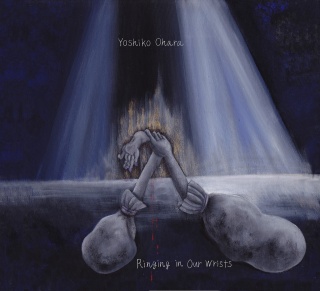 Just what exactly is going on in this album is the golden question. Yoshiko Ohara is an artist very much focused on, and immersed in, crafting atmosphere and to an extent, uneasiness opposed to traditional songs. Ringing In Our Wrists is void of anything that could be called conventional with no standard instrumentation to be heard, rather an evocation of entrancing sounds.

The old cliché is of “voice as an instrument” is quite a tired one at this stage but it doesn’t make it irrelevant. Merging the different and dichotic vocal influences of say Sigur Ros with the haunted voice of Diamanda Galas, Ohara traverses plains well-trod but appears intent on cutting through a few paths and hedgerows to create her own route.

‘Symmetrical Lanterns’ holds as evidence, and is a sonic envisioning of pain. First opening with steely sounds and cackling noises in the far off distance, the screeching vocals that enter soon after leave you reeling and reveals that Ringing in Our Wrists, at its core, is a torturous oeuvre. While fraternising with serene, almost angelic moments from time to time, Ohara challenges you more than anything to sit through an album that is anything but easy listening.

Ringing in Our Wrists is released by Toby Driver’s label Ice Level. You can stream the track ‘Symmetrical Lanterns’ on CVLT Nation HERE and watch a snippet of a live show below.