In the last few days, four reviews have found their way onto t’internet. What was easily the most anticipated of the four is Abandon All Life, the new LP from Nails. It’s the vital follow-up to 2010’s utterly killer Unsilent Death record. Click HERE for the review, which is live now on CVLT Nation. Speaking of CVLT Nation, Rest’s long awaited new DLP I Hold the Wolf has gotten the once over too. Check out the review HERE. 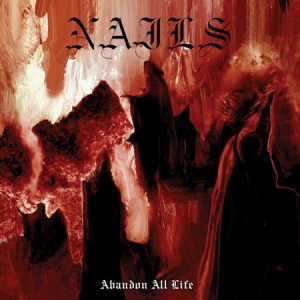 Meanwhile, over on Metal Ireland, there are two new reviews of Anciients and Finntroll. The former (HERE) is a veritable mixed bag, which shouldn’t work but does while on the other hand you have Finntroll who have more or less made another Finntroll record, albeit with a slightly darker edge. Read it HERE.