Canadian hardcore/noise rock hybrid KEN Mode will release their new album, Entrench, next month, their first record with their new label home of Season of Mist, and today the band is streaming the first cut from the record – ‘Counter Culture Complex’, which is streaming on Pitchfork now. It sees the band mesh more of their noise rock elements with their obvious hardcore backgrounds, and this time around flirting with even more melody to boot. It’s terse and belligerent, pretty much what we expect from KEN Mode at the end of the day.

The album really promises to be a major step-up for the band with them tinkering with some new ideas. What we do know about it so far is that the band worked with a small string section, which opens up some intriguing possibilities. Personally, this is one of my biggest hopes for 2013. Last album, Venerable was huge and easily the band’s best. Seeing them grow and grow on each record has been stunning and Entrench really has the potential to blow it out of the water when it’s released on March 19th. Also, have a look at the artwork below, which seems to take one or two details from the Venerable artwork, perhaps to create something of a complementary or accompaniment piece. Maybe… who knows? 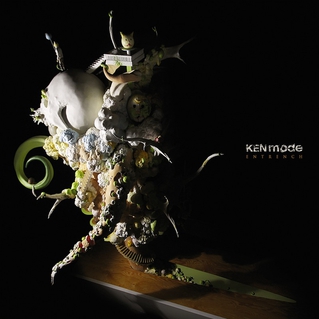