Mourning Beloveth have revealed the artwork for the forthcoming double album, Formless, along with the following update, confirming its release on February 15th.

The new Mourning Beloveth album, Formless, will be released on DCD and vinyl on February 15th 2013. An album like no other MB album yet bearing the trademarks we have scraped into the ether over the last 4 releases. It is a journey from the cold sweating centre of the skull to the scratching edges of reality. 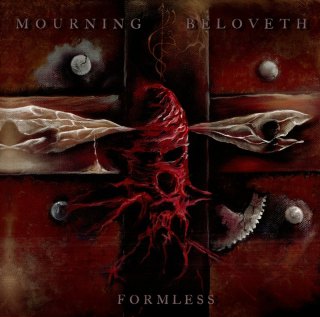