Fuck the Facts have always been very prolific and after releasing one of their best records, Die Miserable at the end of 2011 and touring heavily in support, the band has been rather quiet in the latter half of 2012, which is why it’s great to see that the band is working on new material in studio, according to recent online posts. Here are a few encouraging studio photos from the band that suggest a new release isn’t too far off. 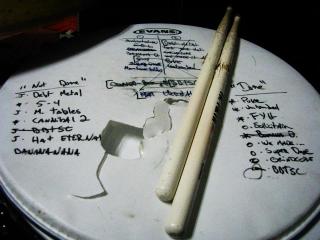