Germany’s post metallers Downfall of Gaia have posted a second new track from their forthcoming concept album, Suffocating in the Swarm of Cranes. ‘Drowning by Wing Beats’ is being streamed my Metal Hammer Germany HERE. This new LP, their first for Metal Blade, is a highly anticipated one, especially considering the staggering split with In The Hearts of Emperors they’ve been charged with following up. Downfall of Gaia’s music has always been one wrought with emotional fervency and that really rings true here with ‘Drowning by Wing Beats’. The band has flirted with more black metal influences of late and the eerie tremolo-led atmosphere at the start really attests to this on this new song. Check out the song HERE. 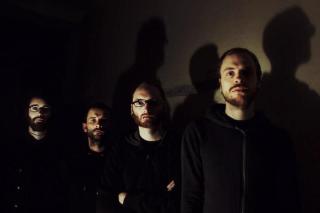