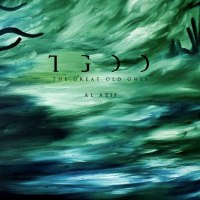 AntitheticRecords’ latest foray into the cosmic realms of black metal has led us to the ambiguously named The Great Old Ones. It may not come as a shock that their debut record Al Azif marks another captivating chapter in the tale of French black metal. Talk about a country truly delivering the awe-inspiring BM goods in recent years, and The Great Old Ones simply begins the opening of another chapter is this captivating tale.

Exploring concepts related to the writing of HP Lovecraft, his “cosmic horror” has clearly had a profound impact on how these Frenchmen explore sound, as Al Azifis, if anything, a cosmic journey, taking in worlds of emotion and fascination. The works of Lovecraft are certainly nothing new to metal, having been explored thematically before, but The Great Old Ones have a sound so vast, so dramatic in itself that the themes are somewhat secondary to the lush execution of the music itself.
Clearly inflected with elements of post rock and vast ambient soundscapes, The Great Old Ones occupy a vein not a million lightyears away from Altar of Plagues and Fen. Al Azif is totally individual though. There’s a rich melody that flows throughout and when it collides with the fierce shrieks and unrelenting blasts, it’s a blend that truly makes this album. Al Azif has so much to take in like the album centrepiece, ‘Jonas’ – a nine minute towering opus.
Much like the whole album, it strikes a balance between the exhilarating and the depressive. Al Azif has its moments of despondency but in equal measures it is combated defiant melodic crescendos. This is a black metal album that will drag you back and forth.
The title track, which is the opening chapter of this cosmic tale, sets such an imposing tone straight away. It’s this powerful atmosphere that reveals to you immediately that Al Azif is indeed something special. With a suitably slick and pristine production, this album simply sounds vast and beautifully airy and ethereal. France’s black metal elite may very well have to make another seat available at their roundtable for The Great Old Ones. While Al Azif is only the band’s debut, it still resonates with an enlightened air and what this band do next should be watched with an intrigued and attentive eye.
8/10