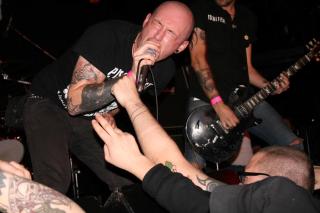 Wolfbrigade have posted another new song. The first taster was released a few weeks ago and this time around we’re treated to ‘Feed The Flames’, which Blow The Scene are streaming right now. Taken from their Southern Lord debut, Damned, ‘Feed the Flames’ has all the hallmarks of the band’s searing d-beat with Micke Dahl sounding utterly pissed off, spitting out his corrosive vocals. Just what you want from a Wolfbrigade song really.