News
Sunn O))) and Ulver will release a collaborative album, Stephen O’Malley revealed in an interview with The Quietus. “There’s a record we were working on a couple of years ago, collaborating with that band Ulver”, he said. “I’ve been friends with the singer for almost 20 years, actually. I went back to that with Kris Rygg, the singer: we were working on mixing that.”
No details were revealed regarding what stage this album is at or when it will be unleashed on the world. Sunn O))) always intrigue with any of their releases and Ulver are, hands down, one of the most fascinating bands of the last 20 years so what happens when these two forces collide is anyone’s guess. O’Malley also mentioned in the interview that he and Greg Anderson (his Sunn O))) partner) were also still working on other Sunn O))) songs and have material left over from 2009’s Monoliths & Dimensions. Click HERE to check out the whole interview, which is a rather thought-provoking read. 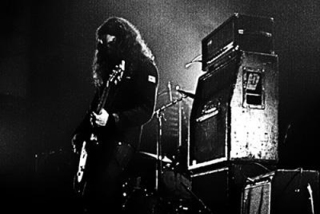