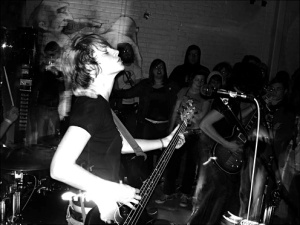 After releasing their teaser clip recently, influential post-hardcore band Circle Takes The Square have released their first full song in seven years, the nine-minute ‘Way of Ever-Branching Paths’. Instigating with harsh, dissonant riffs and the familiar scathing vocals the din of this new song eventually descends into a lush, melodic midway only to begin scaling in fury once again. The song is streaming over on NPR HERE.

The band will be releasing a new EP on Tuesday entitled Rites of Initiation, which will serve as another teaser for the release of their album coming in November, the long awaited follow-up to As The Roots Undo. Speaking of which that is album is streaming in full now on Circle Takes The Square’s Bandcamp page and also down below: