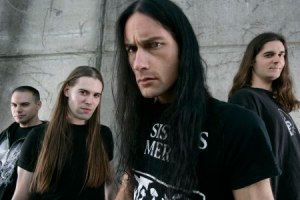 Melodic tech death metallers Arsis are hard at work on the follow up to last year’s Starve for the Devil album and have posted a rough demo clip online now. The demo ‘Since The Shadows’ can be heard below or on Nuclear Blast’s soundcloud.

“We are indeed writing a new Arsis album and we want to offer everybody a glimpse into the music that we’ve been building for the last few months,” the band posted on their Facebook. “This is a demo of a new one called ‘Since the Shadows’ and it’s from the first batch of songs for the album. It’s still early but a musical direction has emerged from the work so far and we think it speaks for itself without any grand pronouncements”.

Promising things are afoot for the new Arsis record, by the sounds of things.

ARSIS – Since the Shadows (Demo) by NuclearBlastRecords