After many months, much speculation and an online documentary, Dream Theater have announced Mike Mangini as their new drummer. The final instalment of Dream Theater’s drummer search documentary concluded today with Mangini being selected and confirmed as the new drummer. Mike auditioned in part one and the first drummer in, and is noted for working with Annihilator, Steve Vai, Extreme and even James LaBrie’s solo work.

“What it means to me to be a part of this band is a sense of fulfilment and purpose,” stated Mangini. “I feel really honoured to carry on the torch for [Mike Portnoy], I’m carrying on his spirit.” 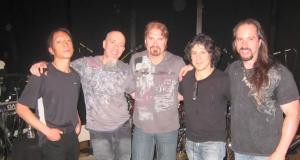