Dublin hardcore/crust band Twisted Mass, featuring members of Divisions Ruin, Refraction, Abaddon Incarnate, On Pain of Death and Droppin’ Bombs; have put their first track online – ‘Behind The Veil’. It is taken from their forthcoming self titled 7” vinyl release.

The track, just over two and half minutes in length, is a ferocious barrage. The riffs are suitably filthy but the riff that pierces through 47 seconds in is a particular standout moment and is accentuated when it meets the frenzied vocals.

The 7” was recorded in The Hive Studios in Kilcoole, Co. Wicklow. There is the possibility of a CD run of the EP too. Listen to ‘Behind The Veil’ and check out the artwork below. 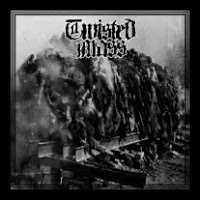 Twisted Mass – Behind The Veil by stevef