If you’ve been unaware of this campaign of the last few weeks then you must have been living under a rock, seriously.

Rage Against The Machine have toppled the Simon Cowell and X-Factor juggernaut by ascending to the Christmas number one in the UK. While the race was close it became unlikely at times but now X-Factor winner Joe McElderry must sorrowfully mope around in the barren lands of No. 2. A response from both Joe and Cowell is still being waited upon. 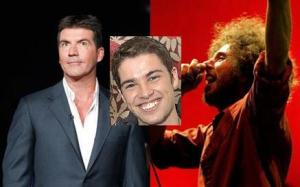 It all began as a seemingly amiable Facebook group, set up by fan Jon Morter rallying people together to buy Rage Against The Machine’s “Killing In The Name” and bring it to the Christmas number 1. The campaign was in retaliation to Simon Cowell and X-Factor’s iron tight grip of the Christmas top spot of the last few years. The winner of this year’s glorified karaoke contest (merely lacking a pub setting) Joe McElderry found himself pitted against the political angst band, as he covered the calamitous Disney tune of fucking Hannah Montana fame, “The Climb”.

At first the attempt seemed somewhat fruitless. Sure, people were joining and buying but the mass support it needed wasn’t there to realistically reach number one, if anything at the time it was looking at a measly landing at number 15 or thereabouts. However that all changed when Rage Against The Machine, themselves, caught wind of the campaign and jumped on board to promote it.

Thus, sales skyrocketed in the days leading up to the deadline of December 20th. RATM appeared on BBC radio to chime in with their two cents on the situation. They damned the X-Factor as the vacuous tripe that it garnishes and empathised with the real pain we all feel in this world right now. Furthermore, the band performed “Killing In The Name” on air and fearlessly included the legendary refrain “FUCK YOU! I won’t do what you tell me” resulting in the performance being cut off. To further push for sales they announced that if they win they’ll play a free UK show. Unsurprisingly, this added fuel to the campaign’s fire. Details of that show are now eagerly anticipated of course!

Additionally, all profits the band made from these sales will go towards charity.

Simon Cowell lambasted the campaign from the get go, calling it “stupid” and “cynical.” Joe McElderry, himself rather embarrassingly stated in an interview that he had never heard the song. Then upon actually hearing it, branded the classic as “dreadful.” “They can’t be serious! I had no idea what it sounded like. It’s dreadful and I hate it. How could anyone enjoy this? I wouldn’t buy it. It’s a nought out of ten from me. Simon Cowell wouldn’t like it. They wouldn’t get through to boot camp on The X Factor – they’re just shouting” the twat continued.

McElderry seems to be fighting off RATM for the Irish top spot this X-mas, the final results on that have yet to surface. But this campaign was centred on the UK charts. On December 19th the day before D-day saw “The Climb” 9,000-11,000 sales above Rage. Unfortunately it seemed that with the end approaching the grannies and 13 year old girls were vehemently lapping up the X-Factor winner. However with only hours to go 7Digital claimed the race was still tight.

Now, it’s official and it was tight. But with resilience the RATM fans and anti-X-Factor hordes made some history and wiped a smug little grin off Simon Cowell’s face. Granted, he’s still a beneficiary within Sony meaning that regardless of who won, he pocketed. But this campaign wasn’t about who made profits but rather a majority of music fans who wanted something real seizing the spotlight and for the pub karaoke rats of X-Factor that have molested the Christmas number one for years to have no hollow victories to bask in. Merry Christmas!