Welcome to the seventh part of Hindsight. You know the deal…. 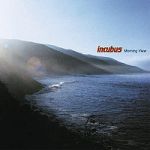 Incubus – Morning View (2001)
If you’re looking for unabashed melodic rock bursting with mainstream appeal but air tight principles than Incubus are probably the band just for you and Morning View is the album. This record is a cathartic assertion of many positive emotions – admiration and love. “Wish You Were Here” defied the vacuous tripe that had preceded it by bands of a similar nature. Meanwhile, “Circles” kept things rocking and “Warning” builds and builds to a soothing pinnacle. Then of course there’s the mega relax-er in “Are You In?” This album’s pretty much a must have if this is the stuff you dig.
Standout Track: Warning

Testament – The Formation Of Damnation (2008)
The old guard return. The Formation Of Damnation was Testament’s first new studio album in nearly ten years and as far as making impressionable returns it doesn’t get much better than this. The sound of Chuck Billy’s mighty bellow and Alex Skolnick putting pick to string couldn’t have been more welcomed by fans when they delivered stormers like “Henchmen Ride” and “The Persecuted Won’t Forget”. TFOD was and is a straight to the point metal album, but would expect anything else from Testament?
Standout Track: The Persecuted Won’t Forget

Funeral For A Friend – Casually Dressed And Deep In Conversation (2003)
For a debut album it’s arguable that Funeral For A Friend set a new standard, at least in post hardcore circles. Two EPs previous had built a solid fan base for the Welsh quintet and if anything, that mounted the expectation for when Casually Dressed And Deep In Conversation hit us. But thankfully they delivered a blinder. CD&DIC encompassed all the life affirming elements we yearned for but still retained its grit and balls by storming through assiduous riffs and huge choruses. Unfortunately, Funeral For A Friend have failed to even vaguely match this record’s credentials since, though have produced some quality tunes in parts. But overall, their epitaph will read: Casually Dressed And Deep In Conversation.
Standout Track: Novella 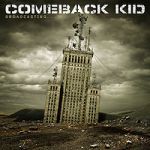 Comeback Kid – Broadcasting… (2007)
Probably the best hardcore record of the decade. The punchy opener riff of “Defeated” beckoned chaos with its demandingly big sing along chorus. The unity element stays constant throughout, particularly on the spine tingling “One Left Satisfied” (‘there was a whisper of gold’). The title track, and lead single, furiously and hastily smashed your face in, while “The Blackstone” has one of those riffs. There was one thing that was certain about Broadcasting…, these songs were written for one purpose – the live setting and they succeeded in that.
Standout Track: The Blackstone

In Flames – Clayman (2000)
In Flames well and truly began to hit their stride on The Jester Race and from there the ball got rolling. This album’s predecessor Colony had hinted at the soaring melody they were capable of. But Clayman saw many of In Flames’ attributes fully materialise into shotgun blasts of metal built for the new millennium with the hook-laden opening riff of “Bullet Ride”. This album is certainly the strongest in their catalogue even though many records since then like Come Clarity and A Sense Of Purpose have given it a run for its money. Regardless, Clayman was one of the catalysts in forming the onslaught on modern metal that succeeded it.
Standout Track: Pinball Map 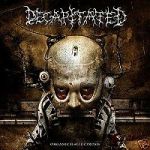 Decapitated – Organic Hallucinosis (2006)
A rifle is let off next to your head. The cacophony rings in your ears. A pack of Alsatians chasing you down a dark alley some night. Some guy shatters your face with a hammer. Take those three unique scenarios, put them together, what do you get? Organic Hallucinosis. With a new vocalist in tow Decapitated dropped an unforgiving and just fucking brutal technical death metal record in OH and an essential release for the genre. It also saw their late drummer Vitek hone his skills to near perfection.
Standout Track: A Poem About An Old Prison Man