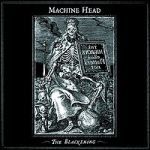 Machine Head – The Blackening (2007)
This generation’s Master Of Puppets? It’s a bold statement and the answer is, perhaps. But one thing is certain Machine Head have made a remarkable comeback, this seen with predecessor Through The Ashes Of Empires mentioned in the last instalment. However, with The Blackening an almost immeasurable feat was achieved and then some. Its reception was nearly universal with pretty much every fan embracing the album for what it was – a masterpiece, and with time will become this generation’s Master Of Puppets. Relentless, enchanting and soaring, that’s The Blackening.
Standout Track: A Farewell To Arms

Metallica – Death Magnetic (2008)
Does this one come as a surprise? Well, it shouldn’t. There are still those miserable gits who, no matter what, criticise and complain about Metallica because they’ve spent so long doing it, that they can’t possibly adjust to the event that happened last year when Metallica finally dropped a balls to the wall metal record. Death Magnetic is the album that I and the countless faithful knew they could make. With Rick Rubin at the helm and Rob Trujillo making his recording debut with the band, any number of outcomes could have occurred. Thankfully, it was one of wonder. From the vigorous stomp of “The End Of The Line” or “All Nightmare Long” through to the unrelenting “My Apocalypse”, Death Magnetic spelled out one thing – Metallica: 1 Miserable gits: 0
Standout track: All Nightmare Long

Roadrunner United: The All Star Sessions (2005)
For any metal fan Roadrunner United: The All Star Sessions would have them salivating. 57 artists from 45 bands collaborated on 18 diverse tracks to commemorate the 25th anniversary of Roadrunner Records. Overseeing the writing and recording were four “team captains”, Robb Flynn, Matt Heafy, Joey Jordison and Dino Cazares. The album saw collaborations that only existed in dreams with songs featuring Max Cavalera, Sean Malone, Mike Smith, Jeff Waters, Howard Jones, King Diamond, James Murphy, Steve DiGiorgio and Mikael Akerfeldt. The list goes on for quite a bit.
Standout track: The Dagger

Biffy Clyro – The Vertigo Of Bliss (2003)
On 2007’s Puzzle Biffy Clyro broke through that glass ceiling and infiltrated the mainstream like they had threatened for so long. That threat had become a formidable one on sophomore release The Vertigo Of Bliss, the follow up to the splendid debut Blackened Sky. The effort heaved with massive choruses, quirky arrangements and subject matters and the odd string section. Listen to “Liberate The Illiterate” or “With Aplomb” if you’re not convinced. But to really sum this record up; it gets the job done. It’s rocking (“A Day Of” & “A Man Of His Appalling Posture”) but also gorgeously beautiful. Example; the climax of “All The Way Down” is dramatically cathartic and avowing.
Standout Track: All The Way Down 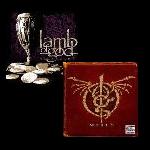 Lamb Of God – Sacrament (2006) & Wrath (2009)
During the course of three albums and their subsequent tours Lamb Of God became a force to be reckoned with. But on 2006’s fierce Sacrament they ushered in a new era for themselves. They were even more determined, they were out for blood, you’ll believe that statement if you’ve seen the band live. That fury then came full circle last February with the release of Wrath, a lethal dose of venom aimed at your gullet. All bursting with groove and vehemence the eleven tracks led Lamb Of God to stand proudly and deservedly upon the top of the metal zenith.
Standout Tracks: Descending & Reclamation
Suggestions: thegrindthatannoys@yahoo.com