You should know the deal at this stage… enjoy.
PART ONE PART TWO PART THREE
Click the “standout track” to listen 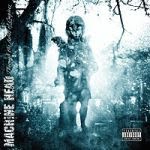 Machine Head – Through The Ashes Of Empires (2003)
Click HERE to read the Essential Album feature on Through The Ashes Of Empires. It says it all there. Ashes… was an astonishing return to form for a band that had almost been buried and forgotten. “Imperium”, the opening track, should in many ways sum up the furious invigoration that Machine Head experienced in its creation. They took no prisoners, bludgeoned and killed… the result? One motherfucker of a metal record.
Standout Track: Imperium

Killswitch Engage – The End Of Heartache (2004)
With both a new vocalist in Howard Jones and new drummer Justin Foley in tow Killswitch had an unruly task ahead of them with writing a record to follow up their monstrous breakthrough Alive Or Just Breathing. Still with Adam D at the production helm and a refreshed vigour The End Of Heartache was everything it needed to be and more. The thunderous intro of opener “A Bid Farewell” beckoned one of the most heartfelt metal records of the decade from the anthemic flurry of “When Darkness Falls”, the visceral but oddly delicate “Rose Of Sharyn”, metalcore’s first power ballad in the title track or the massive chorus of “Wasted Sacrifice”. Top to bottom the record is all killer no filler, an astounding feat one which has since gone heavily copied but never even remotely matched.
Standout track: Wasted Sacrifice 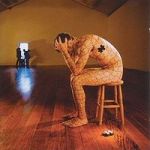 Biffy Clyro – Puzzle (2007)
Puzzle, Biffy Clyro’s fourth album is a force to be reckoned with. For too long the Scots clawed their way through undeserved shitstorms, despite their previous three efforts being absolutely faultless. But come 2007, with a major label but no compromise, Biffy Clyro took their highly earned place with an inexorable, zero dud rock album. The sheer unabashed hooks of “Saturday Superhouse” and “A Whole Child Ago”, the attitude and just fun of “Get Fucked Stud” or “Who’s Got A Match?” and the soaring “Folding Stars” and “As Dust Dances” all speak for themselves
Standout track: Get Fucked Stud 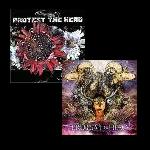 Protest The Hero – Kezia (2006) & Fortress (2008)
Protest The Hero sound a little like what the bastard child of Faith No More and Dillinger Escape Plan. At least that’s what yours truly thought upon first spin of the Canadian’s debut album Kezia. It was heaving with merciless drumming, fret blurring skills and OTT high note vocals, like the fevered run around of “Blindfolds Aside” or the mass sing along brought by “Turn Soonest To The Sea”. But come 2008 and Fortress, that album found itself well and truly topped. It was a progression but not a drastic one, just natural. Frankly it sounded like they’d guzzled a few mouthfuls of steroids with Red Bull and hit record, listen to first track “Bloodmeat” if you don’t believe it.
Standout tracks: Blindfolds Aside & Palms Read 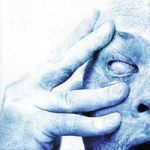 Porcupine Tree – In Absentia (2002)
In Absentia, Porcupine Tree’s seventh album, would be when the band became one of the centrepieces of modern prog. From the ground shaking riffs and instantly memorable chorus of “Blackest Eyes” to the cessation in the euphoric “Collapse The Light Into Earth”, Porcupine Tree almost seized your last breath. The record also contains monumental prog numbers like the swooning “Trains” or the funereal “Heart Attack In A Lay By”. You need this album.
Standout track: Trains
thegrindthatannoys@yahoo.com
PARTS ONE TWO THREE