The first decade of the 21st century is nearly over, and so I feel a retrospective of the 10 years is in order. Initially I was going to compile a top 50, or maybe 100, albums of the 00s but on second thoughts that was a bit pointless. I’d never be able to pick the best, and some would be undeservedly left out. That’s why this approach is being taken. Basically, over a few weeks, Hindsight will recap and discuss some of the finest and interesting albums of the last ten years. This is the first; enjoy! Click the standout tracks to listen.

Nevermore – Dead Heart, In A Dead World (2000)
Despite what some people will tell you the mid to late nineties produced some fine metal! Albums like Nevermore’s Politics Of Ecstasy showed this in spades. But it was in 2000 on Dead Heart, In A Dead World that the Seattle metallers delivered a bombshell. Heart… is a lush, immaculately produced, plethora of machine gun riffs and soaring melodies. Warrel Dane stepped up to the plate with his now unmistakeable voice and Jeff Loomis ripped and shredded his way through what would become solos and riffs that young upstarts would hopelessly copy and horribly fail at.
Standout track: Believe In Nothing

Cynic – Traced In Air (2008)
Cynic changed metal in the early nineties with their debut, the genre bending and hugely important Focus. Unfortunately, shortly afterwards the band called it a day. Cynic was no more, but their legacy lived on. Then, in 2006, the band reformed for a few shows and a new album, Traced In Air surfaced in November 2008 much to the delight of fans. The album was worlds apart from its predecessor. It soared to beautifully new heights and was a welcomed triumph. Utterly astounding.
Standout track: The Unknown Guest

Finch – Say Hello To Sunshine (2005)
Understatement: Say Hello To Sunshine is different to What It Is To Burn. That’s a massive understatement. For their second album Finch abandoned their emo-like sound (they were never “emo” by the way) and the big hooky choruses. Say Hello To Sunshine was a dark, brooding affair. From the unsettling lyrical content, the slightly sporadic arrangements to Nate Barcalow’s indulgence in more screams as well as his astonishing clean vocals. Every track here is faultless – grooves of “A Man Alone”, the insightful “Fireflies”, the oh so shadowy and introspective “Bitemarks & Bloodstains” or the insanity that is “The Casket Of Roderick Usher”. One could go on…
Standout track: Bitemarks & Bloodstains

Trigger The Bloodshed – Purgation (2008) & The Great Depression (2009)
For the latter half of this decade there has been an exciting wave of new, young death metal bands popping up along with much of the old guard reasserting their spots. The UK produced some interesting acts but none more so then Trigger The Bloodshed. Two albums in the space of a year assured they’d become a force to be reckoned with. Purgation is a vicious aural assault that fell on many a willing ear, with the stomps of “Laceration” and the riff-tacular “Retribution”. Despite a change in vocalist for the follow up, The Great Depression they managed to ascend to greater heights. The second album saw a more focussed, mayhem intent Trigger The Bloodshed. It has been rocky though with drummer Max Blunos departing this year but he has been replaced by Aborted’s Dan Wilding. Regardless, the future looks very bright.
Standout tracks: Retribution & The Infliction Of Tophet 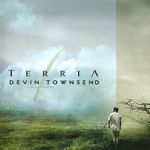 Devin Townsend – Terria (2001)
Sometimes a record just takes your breath away so dramatically that it’s hard to put it into words; that is how you should feel about Terria. A sprawling, awe inspiring modern progressive metal masterpiece, Terria epitomises all of metal’s beauty and elegance that resides along the chugging and blasting. In Strapping Young Lad Townsend proved his worth in bludgeoning extremities but it was here that he took his place as a remarkable musician and songwriter. The airy impressions created by the instrumental “Down And Under”, splendour drenched harmonies of “Earth Day” and ultimate curtain closer “Stagnant” are only the tip of the ice berg here.
Standout track: Earth Day
Stick around for the second of many parts in the coming days!
Feel an album has been left out? Email recommendations to thegrindthatannoys@yahoo.com or leave a comment.