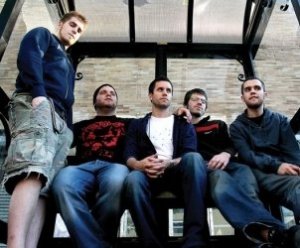 A few days I ago I posted the update on Between The Buried And Me’s new album, The Great Misdirect, out in October. This, I feel, will be a vital album to BTBAM.

In 2007, Between The Buried And Me released their fourth album Colors – an iron plated masterpiece; put simply one of the greatest albums ever made (in my opinion, I know more people that would disagree with that than agree but there you go).

But now, earlier this year Between The Buried And Me began writing the follow up to this amazing record.
I’ve always said the BTBAM are my favourite prog metal band, because ever since they first burst on to the scene they’ve offered something different. They had a unique sound that some people feel is not prog, but that’s down to opinion. BTBAM channelled the influences of various prog heavyweights like Yes and Dream Theater and mashed them with Dillinger Escape Plan and hardcore influences like that of Earth Crisis. But one thing that has (overall) eluded them is the spotlight. I feel that now they’ve earned the right to call Opeth and Dream Theater their contemporaries, this made abundantly clear during the 2008 Progressive Nation tour. BTBAM have further shown their live abilities (particularly on Colors_Live, where they played the album in its entirety), yes – they can blow you away on record but can do it even more so on stage. They can pull off their astonishing musicianship live; and that’s not something to be underestimated.

Now, if Between The Buried And Me are to reach said spotlight they must top their previous album, something they’ve always done immaculately so far.

Their debut (self titled) displayed humble beginnings and a few barrel loads of potential from the relentless flurry of “Aspirations” to the truly prog laden “Shevanel Cut A Flip”. Second effort The Silent Circus blew it of the water and gave us the ultimate heart stopper “Mordecai” along with the bludgeon to delicate “Ad A Dglgmut” and the storming “Aesthetic”.

Alaska furthered the band’s aural assault, with numbers like the punishing title track and the soaring King Crimson indebted “Selkies: The Endless Obsession”. Even their follow up covers album The Anatomy Of helped when the band paid homage to Metallica, Pink Floyd, Motley Crue and Faith No More to name a few. And Colors, I think I’ve driven home that album’s excellence at this stage! It fits comfortably next to Blackwater Park, Metropolis Pt.2: Scenes From A Memory, Lateralus, Panopticon and many other modern prog metal classics. They created an oeuvre presenting a unique sound and merged influences from all generations.
But Colors is just so good and just faultless that it’s near impossible to fathom what would run through your mind when trying to better it. That said; it’s imperative that they don’t do Colors Pt.2. Between The Buried And Me have enjoyed a crushing evolution of musicianship and imaginings since their formation in 2000. On album number five (six, if you count the covers record) that progression needs to continue on the ferocious rampage.

If they do top it, and I’m confident that they will, then there’s no reason why Between The Buried And Me shouldn’t excel to the very upper echelons of prog and metal in general. Mainstream success has evaded them but you know they care very little for that. But it’s the recognition of their jaw dropping abilities that needs to emerge.

Various album updates on the band’s Twitter have detailed some interesting but very vague aspects of the record including an organ and more bass solos. Front man/keyboardist Tommy Rogers has also stated the album as “some of the best material we’ve ever created”. Of course all bands say that about an upcoming album but with a reputation like theirs you can’t help but believe him! Their previous albums have shown BTBAM have never been afraid to experiment, that’s well established. But what I, personally, would like to see is more experimenting and I think that they’ve done this on The Great Misdirect.
This record also sees the expiration of the band’s contractual obligations to Victory Records. History has shown that bands’ final albums on labels have been different whether good or bad. But to my knowledge the record/band relationship between the two has always been positive. 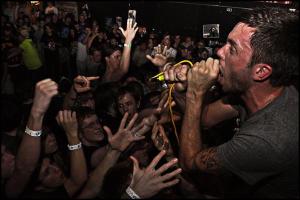 The track listing reveals 6 tracks: “Mirrors”, “Obfuscation”, “Disease, Injury, Madness”, “Fossil Genera – A Feed From Cloud Mountain”, “Desert Of Song”, “Swim To The Moon”. There’s no word on the length of the songs, but it’s almost a guarantee that they’ll be long. Colors was Between The Buried And Me’s complete foray into prog, The Great Misdirect should be when they take up full residency there.

Not every one “gets” BTBAM but, take my word and give The Great Misdirect a chance when it lands. This could be monumental.