Let’s throw a few cheesy words around, this is spellbinding stuff. Wardruna is a new Nordic folk experience featuring none other than Gaahl (Gorgoroth main man, or God Seed). But they come from the mind, more so, of founder 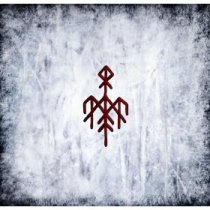 member Kvitrafn, who assumes most instrumentation. They came to my attention after I read a report from this year’s Inferno Festival, where they were hugely lauded for a “historical” performance. To define this music, folk and traditional would fit. It’s music that heralds the history, heritage and indeed mythology of Norway.

Forget the likes of Amon Amarth when you want to know of Viking inspired music, Wardruna utilises their country’s tradition and makes it relevant to now and that anyone can listen to it and be enchanted by its beauty. As their website puts it “Sowing new seeds, strengthening old roots”, that sums it all up right there. Well, at least that’s what it sounds like to my ears.

Wardruna invoke an almost spiritual connection between themselves, their homeland and indeed the listener with enchanting songs like “Bjarkan” and “Algir Tognatale”. It’s not the most easy to digest music, multiple listens will unravel the Nordic musical majesty and the ancient Norwegian culture that is all wrapped up securely in this new entity called Wardruna. There’s one thing that is certain, not everyone will enjoy this music; not everyone will be taken by Norwegian Folk, unsurprisingly. Though, it must be urged to approach it with an open mind as it may completely suck you in.

Gap Var Ginnunga esoteric? Perhaps, but it’s a difficulty that pulls you in. It’s something you’ll want to figure out but the chances of doing so are low but, feck it, try anyway!

Gap Var Ginnunga is a fascinating record. It will be interesting to see what happens with Wardruna next. Will they record again or is this just a once off project?