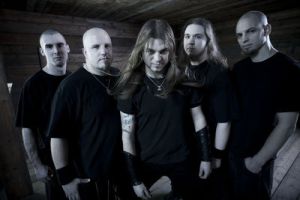 Accessible? Yes. Progressive? Debateable. Sure, they’ve toured with Dream Theater and they’ve got a few prog qualities but Into Eternity aren’t progressive as far as expectations of what prog is now. However they are accessible, quite accessible actually. But not so in a “sell your soul to the devil of commercialism” sense. Into Eternity are scribes of catchy hook-laden music tinged with some technicality.

Earlier material like that on their self titled debut and second effort Dead Or Dreaming set the tone for the stride they’d hit on third release Buried In Oblivion. On display here was the technicality that guitarists Tim Roth would become known for. “Splintered Visions” opens with jaw-dropping guitar work and then blasts into a chugging riff. The vocals then hit with impressive range, all members contribute vocals of some kind to the band’s music creating an interesting multiplicity of voices. Meanwhile “Spiralling Into Depression” soars in its melody. It’s this melodic element of Into Eternity that would become one of their strongest. Meanwhile, “Black Sea Of Agony” throws impressive vocals and flawless guitar harmonies around effortlessly.

Come next release, The Scattering Of Ashes, Into Eternity changed vocal styles. Arguments were made that they were merely venturing into the metalcore with harsh growled verses and clean choruses essentially. But, whether or not the change in vocal a 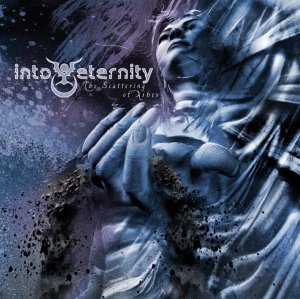 rrangements was such a conscious decision doesn’t matter now. The fact is that it worked; The Scattering Of Ashes was to be their strongest album yet. Beautifully high notes are hit on the likes of “Severe Emotional Distress” and “Timeless Winter”. The striking vocal harmonies on the likes of “Paralyzed” mix perfectly with the numerous guitar duels and solos which soar throughout the record. Hooks are aplenty with the towering choruses of “Out” and “A Past Beyond Memory”. Despite The Scattering Of Ashes being a very easy to digest record, its musical prowess prevented any threat of a watered down debacle that it could have been.

Latest album The Incurable Tragedy is the band’s first concept record. The album saw little change in style, though tracks like “Time Immemorial” and “Diagnosis Terminal” rather easily please and the record remained a satisfying listen.

Recommended album: The Scattering Of Ashes